Reviewing the language of the contract documents, and what language may be incorporated by reference into your contract is critical. In Paul Ryan Associates v. Welch Marble and Tile, Inc., Not Reported in Cal.Rptr.3d, 2013 WL 5214038 (Cal.App. 1 Dist.) (2013), Not Officially Published, Paul Ryan Associates (Ryan Associates) appealed from an order quashing service of its cross-complaint against respondent Welch Marble & Tile, Inc. (Welch) in this construction defect action.

Ryan Associates contended the court erred because it contended that Welch had consented to personal jurisdiction in California when it entered into a subcontract that purportedly incorporated a term from another contract, between Ryan Associates and the owner of the construction project, which stated that those parties would litigate in San Francisco.

The appellate court affirmed the judgment. The forum selection clause, even if it were incorporated into the subcontract, did not subject Welch to personal jurisdiction in California since, among other things, it did not refer to litigation with subcontractors or even mention personal jurisdiction. Furthermore, the appellate court held that the forum selection clause was unreasonable as applied to Welch under the circumstances presented to the court. 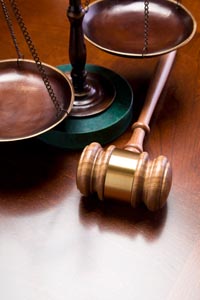