When a contractor receives discipline or citations from the licensing board, it may try to avoid that history becoming public by applying for a new license and abandoning the old license.  Senate Bill 1209 provides that a history of discipline or citation will follow an individual licensee even if the individual obtains a new license. This law will avoid an unscrupulous contractor using this tactic to hide this information from the public.

Under Senate Bill 1209, citations issued against a licensed contractor will follow the contractor.  The law authorizes disclosure of the citations for a period of 5 years. This new law goes into effect January 1, 2017.

Current law limits disclosures to the license for which the citations was issued.  The author of the Bill, Senator Morrell, stated the purpose of the new law is to avoid the current law loophole, which Senator Morrell stated allows "...bad actors to hide from consumers any citations they may have received.'"

Before hiring or working with a contractor, ensure the contractor is properly licensed for the work you plan to have done.  In addition, follow up on any related licenses, and check the litigation history of the contractor. 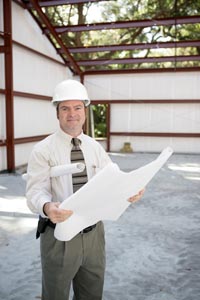