On June 16th, 2015 an apartment balcony collapsed in Berkeley, California, killing six people and seriously injuring seven others. The contractor who had recently built the building, Segue Construction, had paid more than $26.5 million in the prior three years to settle lawsuits related to balcony failures. Senate bill 465 was introduced to require contractors to report to the California State Contractors License Board (CSLB) if and when they are convicted of a felony or other crime related to contractor activities.


The proposed law also would have required that every licensed contractor report every settlement of $50,000 or more or an arbitration award of $25,000 or more. In addition, the new law would have required insurance companies to report payment of any civil action settlement or binding arbitration award. The bill apparently would require the CSLB to suspend the license of a contractor, under certain conditions. An unlicensed contractor cannot legally perform construction work.

Public interest groups believed SB465 would protect the public from construction defects, fraud, negligence and incompetence. Contractor groups opposed the bill on the grounds that it was overbroad and unrealistic. They pointed out that contractors settle claims when they are not primarily or directly at fault.

SB465 has not become law, but the introduction of the bill reflects the distrust of the public of contractors and the legal system. Taking steps to ensure you do not get sued and have to pay out a settlement or judgment has become even more important. 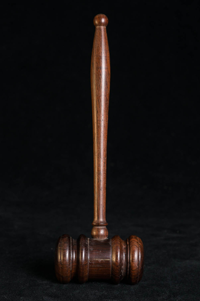