When you sign an agreement with a company located in another state or country, it is common for the contract to specify that the law of the foreign state or country where the other party is located will apply, and that any formal disputes presented regarding the contract must be made in the foreign jurisdiction. This makes it extremely costly and difficult to pursue or defend a legal claim.

In 1(800)Reminds Inc. v. Prosodie Interactive (Canada) Inc., (unpublished, not citeable as precedent)---Cal.Rptr.3d, 2009 WL 4817836 (2009), Plaintiff 1(800)REMINDS, INC., appealed from an order dismissing its complaint against defendant Prosodie Interactive (Canada), Inc. Plaintiff claimed the trial court erred in concluding that the contract between the parties required its complaint to be tried in Canada.

The appellate court agreed with the trial court, and enforced the clause requiring court action be brought by the California plaintiff in Canada because the written contract specified that any dispute under the contract had to be brought in Canada and that Canadian law applied to the dispute, and the court did not find any public policy reason not to enforce the clause, finding that both parties were sophisticated and understood the import of the contractual language.

NOTE: If you do business with those in foreign states or countries, you should recognize that seeking legal remedies to enforce the terms of those agreements may be costly and ultimately ineffective unless you revise the language to call for resolution of disputes under the agreement to be subject to jurisdiction of a California court applying California law. 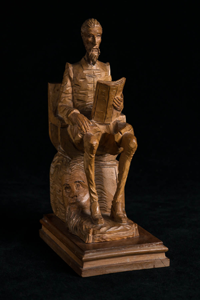