Why Binding Arbitration May Not Be Good

Over the last seventy years or so, private binding arbitration through organizations such as the American Arbitration Association (AAA) became popular.  Many contracts still contain an arbitration clause, and specify that arbitration will be used to resolve disputes under the contract through AAA.

Read more: Why Binding Arbitration May Not Be Good

How Are Allowances Different From Line Items in Construction Contracts?

Read more: How Are Allowances Different From Line Items in Construction Contracts?

Anyone performing services under a written contract should be familiar with the terms and conditions of the contract he or she executes.  The service provider should pay special attention to certain clauses in the contract.

Two areas are of significance in relation to getting paid:

A. Clauses which require you to continue to provide services even if a payment dispute arises with your client
B. Clauses which state your payment is not due until your client receives payment from another party.

In February 2019, the Labor Comissioner's Office issued a press release that it had assessed a $12 million fine on RDV Construction for issuing paychecks which bounced. This is the largest fine of its type imposed in California history. Following the initial actions, the company then additionally failed to compensate its more than 1000 workers in full.

When faced with a dispute, it is if difficult to determine the best course of action. The dispute may involve a business partner, the other party to a contract, or a client. It is easy to conclude that the other party to the dispute is trying to take advantage of you, is dishonest, or that the other party’s position is not reasonable. The emotions caused by the situation can cause you to spend money on a lawsuit or arbitration which does not result in a final net benefit.

If you retain an attorney to help you resolve a dispute, part of your attorney’s job is to help you to focus your attention on moving forward rather than looking backward when deciding how to attempt to resolve a dispute. Looking backward often involves investing future resources in trying to correct the results of a past decision you may have made. It may appear that you entered into a bad contract, or agreed to take on a partner who you now realize is less than honest. You now are stuck with money owed, or being in a partnership which you want to end.

Why, as a contractor, should you care who owns the design?  Because it may affect your ability to use the design to build the project, build additions to an existing structure, reuse the design for another project, and to use photographs or other images of the design or structure you have built.

When a contractor receives discipline or citations from the licensing board, it may try to avoid that history becoming public by applying for a new license and abandoning the old license.  Senate Bill 1209 provides that a history of discipline or citation will follow an individual licensee even if the individual obtains a new license. This law will avoid an unscrupulous contractor using this tactic to hide this information from the public.

The Dodd-Frank Wall Street Reform and Consumer Protection Act, Pub. L. No. 111-2013, 124 Stat. 1376 (July 21, 2010) was passed by the federal government to address perceived issues with unqualified buyers receiving loans to secure owner-occupied housing.  It is intended to work with other laws such as The SAFE Act, RESPA, the Truth-in-Lending Act, and Regulation Z to protect borrowers for taking out improper loans.

When a tragedy occurs which may have been a result of faulty construction, legislation may be instituted to reassure the public that government is acting to protect the public.  This can harm the construction industry and increase the cost of construction.

On March 29, 2016, Nancy O’Malley of the Alameda County District Attorney’s office announced that no criminal charges would be filed in last year’s collapse of an apartment balcony in Berkeley that killed six students and injured seven others after a nine-month investigation failed to show “gross or reckless conduct” in the construction and maintenance of the apartment complex, as reported in the San Francisco Chronicle.

Businesses usually have what is called Comprehensive General Liability (CGL) Insurance. This type of insurance is typically written on what is called an “occurrence” basis. Occurrence insurance exists for claims which arise from acts which were taken or “occurred” during the policy period.

On June 16th, 2015 an apartment balcony collapsed in Berkeley, California, killing six people and seriously injuring seven others. The contractor who had recently built the building, Segue Construction, had paid more than $26.5 million in the prior three years to settle lawsuits related to balcony failures. Senate bill 465 was introduced to require contractors to report to the California State Contractors License Board (CSLB) if and when they are convicted of a felony or other crime related to contractor activities.

The desirability of using private binding arbitration to resolve disputes as opposed to using conventional litigation is an ongoing debate for those in business.

The historical rationale for using arbitration clauses in contracts was that arbitration was perceived as a less expensive and faster way to resolve disputes.


Read more: Business Law: Forced To Binding Arbitration Even When Did Not Sign An Arbitration Clause

Contract provisions which seek to force a weaker party to litigate in a remote, inconvenient location are common.  Those with greater financial resources (often the paying party rather than the performing party) use these types of provisions to discourage claims by those with less resources.

Construction Law: New Law Regarding Use of An Architect's Instruments of Service

The State of California has recently recognized the intellectual property rights of design professionals, and made it easier for architects or engineers to protect the ideas they express in design documents.

Assembly Bill (AB) 630 (Chapter 453, Statutes of 2013) took effect January 1, 2014, and provides that no individual may use an architect's instruments of service without the consent of the architect in a written contract, written agreement, or written license specifically authorizing that use. The bill added section 5536.4 to the Business and Professions Code (BPC) and was signed by Governor Brown on October 1, 2013.


Read more: Construction Law: New Law Regarding Use of An Architect's Instruments of Service

When you sign an agreement with a company located in another state or country, it is common for the contract to specify that the law of the foreign state or country where the other party is located will apply, and that any formal disputes presented regarding the contract must be made in the foreign jurisdiction. This makes it extremely costly and difficult to pursue or defend a legal claim.

Business Law: Trade Secret Definitions Must be Specific to be Enforceable

Read more: Business Law: Trade Secret Definitions Must be Specific to be Enforceable

Right to Repair Act, (SB 800) Not Exclusive Remedy In California For Construction Defects in Residential Housing

Since the Right to Repair Act, (SB 800) was passed in California, builders have hoped the laws would reduce the frequency and cost of defending claims for construction defects. In Liberty Mutual Insurance Company v. Brookfield Crystal Cove LLC, --- Cal.Rptr.3d————, 219 Cal.App.4th 98, 2013 WL 5494673 (Cal.App. 4 Dist.), a California appellate court addressed the applicability of SB 800, the California Right to Repair act, and found it was not a claimant’’s exclusive remedy for construction defects.

Reviewing the language of the contract documents, and what language may be incorporated by reference into your contract is critical. In Paul Ryan Associates v. Welch Marble and Tile, Inc., Not Reported in Cal.Rptr.3d, 2013 WL 5214038 (Cal.App. 1 Dist.) (2013), Not Officially Published, Paul Ryan Associates (Ryan Associates) appealed from an order quashing service of its cross-complaint against respondent Welch Marble & Tile, Inc. (Welch) in this construction defect action. 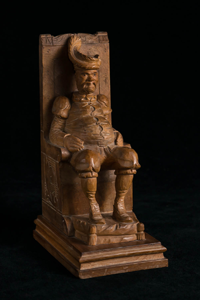